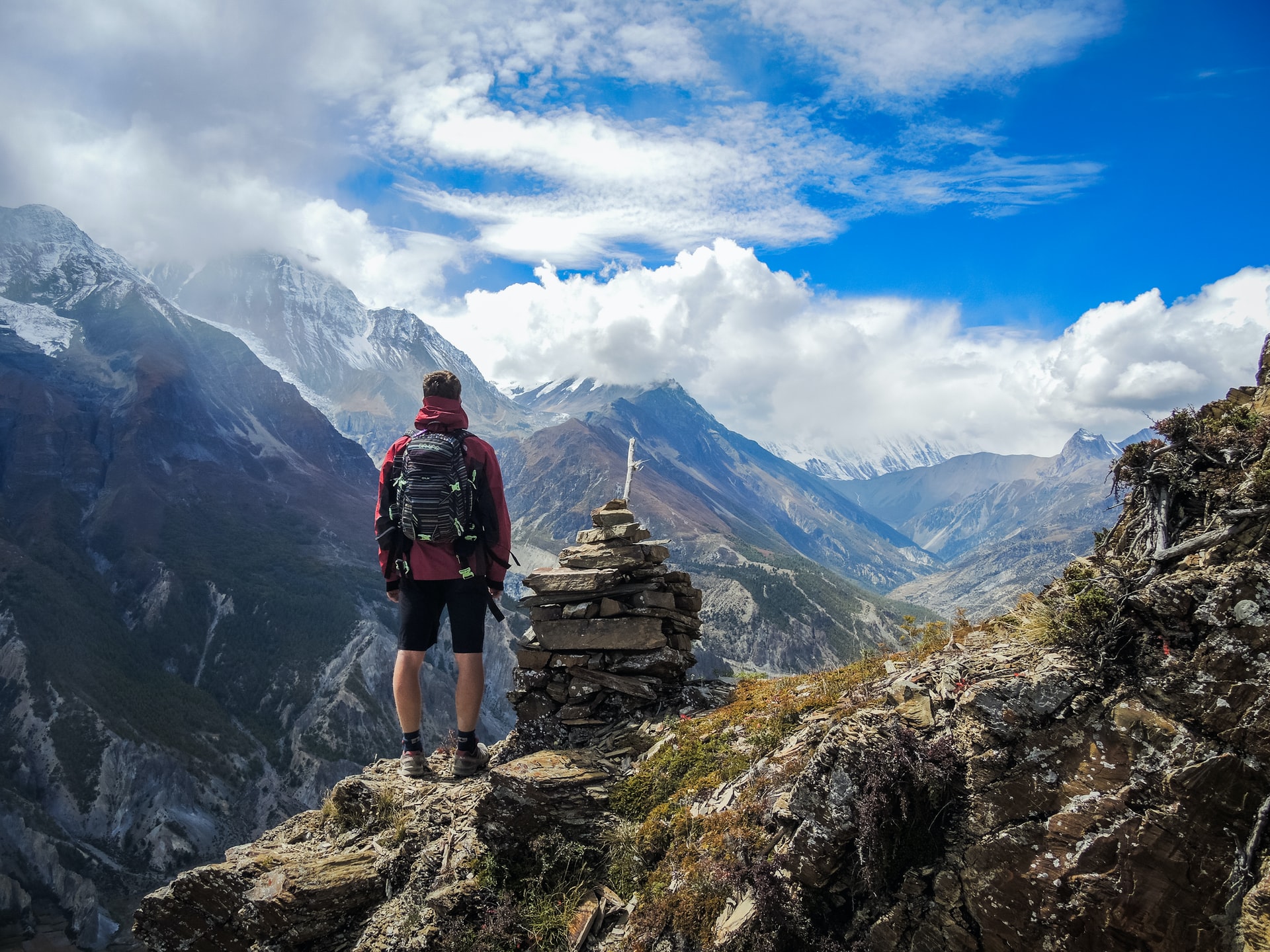 While it’s pretty common to come back from a two week break a little rounder than when you left, due to all the relaxing by the pool and countless cocktails – travelling is a whole different ball game. From running for trains to buying budget food, you’re all but guaranteed to shed a few pounds on an extended trip.

1. It’s more exercise than you think

Ever come back from a day of retail therapy and wondered why you’re so exhausted, before realising you must ave walked about seven miles in total?

Travelling is exactly the same but on a massive scale. Because your itinerary is broken up and you’re engaged with each activity, you don’t realise how much you’re walking around; spending a couple of hours in a museum is a lot of walking without noticing. Throw in a few actual hiking trails and climb a couple of monuments, and you’ve practically got yourself a workout regime. If you’re looking for some cool activities to do while traveling, why not check out globosurfer.com for the lowdown.

You’re also likely to avoid public transport and taxis, not only to save money but also because you’ll see more of the place you’re exploring; you’ll be getting around on foot much more than you usually would.

Finally, let’s be honest – we aren’t all perfect timekeepers. You will have to sprint for at least one vitally important train.

While you’re travelling you’ll be occupied for most of the time – either working out how to get from place to place or enjoying whatever activity you’re doing.

All those moments in the day where you might have felt bored or snackish are now filled with other things, so you’re not even thinking about eating – not to mention, there’s unlikely to be a convenient fridge or cupboard you can go rummaging in for snacks.

Traditional cuisine is likely to be freshly cooked and made from fresh, whole ingredients – you’ll end up having way less processed food and added sugar than you would have as a part of your normal diet.

You’re also likely to eat a lot less dairy while travelling than you ordinarily would, which can also help you lose weight.

If you didn’t start out living hand to mouth, there will still more than likely be a point in your travels where you’re penny-[inching and as necessary (and delicious) as it is, eating is one expensive habit.

You’ll be wanting to save your money to go to museums, catch trains and get the most out of your trip, so finding a way to spend less on food such as buying less of it – and the cheapest versions of what you do buy – is likely to become a habit while you’re away.

Many hostels or other types of budget accommodation have kitchens for you to make your own meals rather than restaurants or cafes.

Although hostel kitchens are a great place to make friends, they aren’t usually anyone’s favourite place to cook – they get crowded, food gets pinched and no matter how nice the hostel is, the kitchens are just never quite… clean.

Although you’ll probably be way too hungry to care at the end of most days, this is bound to make you skip at least a few dinners.

Although there will undoubtedly be a few wild nights out while you travel the globe, you will drink less while you’re travelling than you would if you were at home.

In some places, this will be because you haven’t met anyone to have a drink with yet, and in some places it will be a cultural thing – largely, it will just be that drinking is pretty expensive and you want to save your money for other experiences.

Whatever the reason, you’ll end up drinking less than you would at home, and since alcohol is one of the most calorific things we consume, you will drop a few pounds at while you’re away!

How to Prepare for an Extended Vacation

You’re likely to be surprisingly well hydrated. While it’s true that you’ll drop a certain amount of body weight through sweating alone – whether from heat or just activity – we all seem hardwired to remember to stay hydrated abroad in a way we just don’t at home.

Eight cups of water a day at home sounds like way too much – but are you even on holiday if you haven’t had one and a half litres by lunch?

Staying hydrated not only reduces appetite, but also helps the body to run more efficiently, meaning you sweat even more and burn energy faster – subsequently dropping off the pounds.

If you’re abroad for any extended period, it’s almost a rite of passage that you will get sick. It might be something as run-of-the-mill as food poisoning or as dramatic as yellow fever (although let’s hope not) – either way, you will for sure lose weight through illness at some point during your trip.

As fantastic as it is, travelling is a massive shock to the system – you’re nowhere near anyone or anything you know, and it can be really hard to adjust.

Apart from the fact that culture shock is really stressful (and stress is certainly one way to lose weight), it also makes you reluctant to immerse yourself in the local culture, preferring to cling to the familiar – especially with food.

Going out of your way to find food that reminds you of home makes eating enough difficult (depending on where you are) and you’ll end up eating a fairly repetitive and sparse diet, which will make you lose weight.

All that crying because you’re feeling homesick knocks the pounds off, too.